Chugach Regional Elders lifelong knowledge of environment and resources helps us understand the changes in climate.

1. What is climate?
2. How has the climate changed in the past?
3. How has climate effected the local environment resources?

"Nupuat picurtuq nuna ciimertuq aqllat maqialuteng. Elders long time ago said it would be like this, it is getting warmer, windier, no snow, rainier, it's changing." -Lillian Elvsaas, Port Graham

I am a commercial fisherman and one of the things we are noticing is the mesh size on our nets have dropped down to four and a quarter. That means the salmon are getting smaller, we don't know why." -Patrick "Sweeney" Selanoff, Valdez

When the question “What does climate change mean to you?” was asked at our Elders workshop, Mark King from Cordova responded, “We noticed in our area of Eyak, warmer weather, and more fall and winter storms with over 100 mile an hour winds. There used to be, occasionally one a year. Last year we had five storms, it was really extreme, knocking down over trees that were two to three hundred years old, and blowing roofs off. It is kind of unusual and then as far as the snow, we are seeing less snow on the high elevation in the mountains, so that is a problem for drinking water.”

U.S. Climate Change Science Program wanted NASA to research about global sea level and they predicted by the year 2100, the sea will have risen by 8 inches! As I look around the village of Nanwalek, our airport is located between the lagoon and the ocean bringing the airstrip at sea level! This is quite alarming to think of the impacts of the rising sea; such as erosion and what it will do to our homes, airport, resources and subsistence way of life. Our ancestors came from a simpler time where the main source of food came from the land and ocean. As they lived this life, there was constant adaptation to changes, but the changes came much slower. Presently, that is not the case, change is happening rapidly. We are concerned about the resources such as; berries, fish, seal, sea lion, sea birds, the various bushes, alders, and willows. How are we to adapt to all the changes that we are witnessing today?

Elders have witnessed empirical evidence to come, during their lifetime they have seen changes; temperatures increased, glaciers melting, less snow, bigger storms, resources no longer available or far away. As a child, I remember snow was so deep, it covered everything, sometimes we did not go outside because it was so cold and the lagoon would freeze, which it does not any more. In the last ten years, snow is not what it used to be; it no longer sticks around until April, the snow does not get deep and the winters are warmer.

The hope is our heritage kit will be the catalyst for adaptation to climate change by educating the young people. Students will gather information from our communities by interviewing the Elders/Recognized experts for their traditional ecological knowledge (TEK) of changes they have seen in their lives to the communities and livelihood. Students will also conduct research on climate change, such as; glacier melt, sea level rise, and ‘the blob’. Together with our Elders TEK and western science we can collectively fight climate change and successfully adapt as needed.

Have You Seen Climate Change - Lesson 1-3

President Obama at Exit Glacier on the Impacts of Climate Change 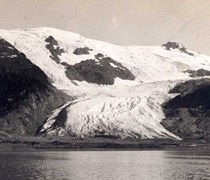 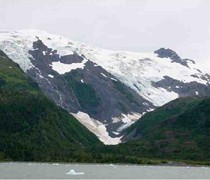 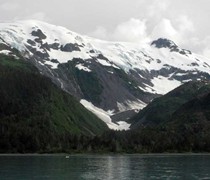 • Home
• About Us
• Heritage Kit Curriculum
• Resources
• Contact Us